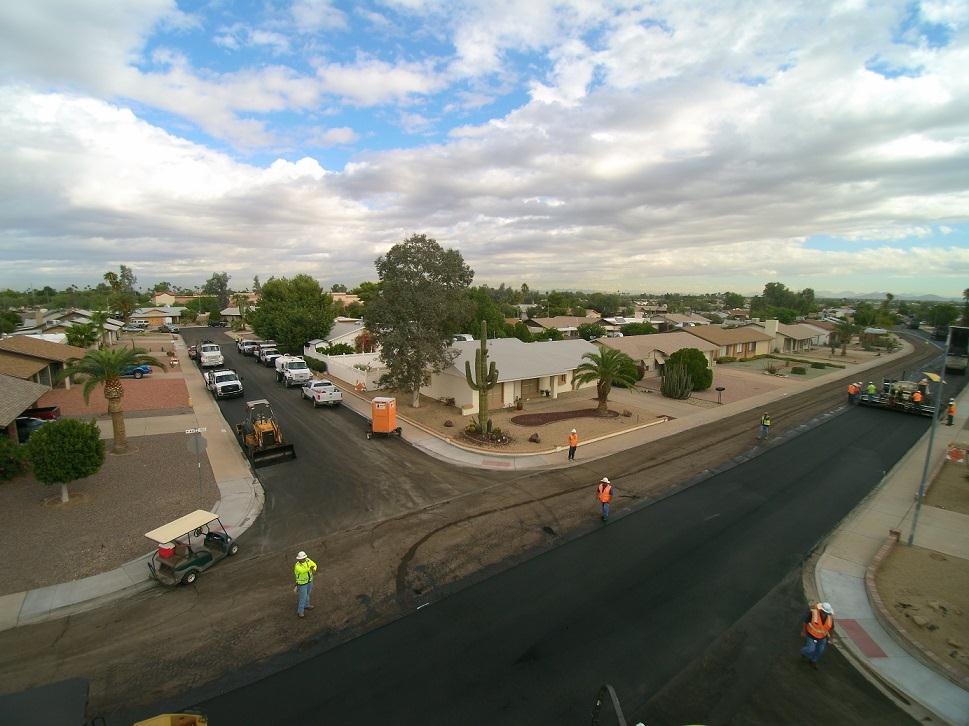 Originally two separate projects named North Country Meadows and South Country Meadows, the City of Peoria wanted to determine if the potential existed to combine the two projects into one project, while still meeting a budget of $1.5M – $1.7M. In total, the project (both North and South) was comprised of 11 miles of roadway to be resurfaced with hot mix asphalt. Banicki was able to provide a mix design that allowed for a 1” thick rubber overlay that was placed on a 1” thick edge mill that met the City’s budget for both projects combined. In total, Banicki laid 9,348 tons of hot mix asphalt rubber overlay, edge milled 71,373 lineal feet and performed 142 utility adjustments. The City was very concerned that the asphalt in the cul-de-sacs would deteriorate due to the additional stress of large trucks, such as garbage trucks turning in a tight radius. Banicki researched the concern, discussed similar conditions with other municipalities then proposed the use of 1” thick terminal blend rubber mix in place of wet process asphalt rubber. Our solution was tested and was adopted by the City for use throughout the entire community all the while enabling the project to stay on budget and on time.